Will Adultery Impact My Security Clearance? 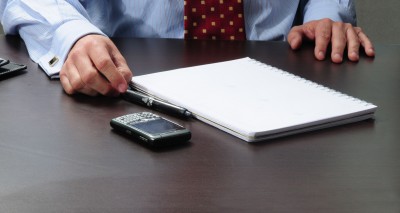 It sometimes seems that nearly every government employee or military officer working in Arlington, Alexandria, Fairfax, or Loudoun County has some form of top secret security clearance.  As a result, I am often asked about adultery’s impact on security clearances.  “Will my divorce effect my employment” or, more commonly, “will adultery effect my security clearance?”  My stock answer is typically:  “it depends on your security officer and what you have done.”  Here are some things to consider:

Some people view adultery as the “kiss of death” to security clearances, because it may be difficult to prove to the Defense Office of Hearings and Appeals that an employee who engaged in adultery does not pose a threat to national security given the individual’s susceptibility to coercion related to the affair.  The Adjudicative Guidelines for Determining Eligibility for Access to Classified Information include Guideline D, which lists disqualification for “sexual behavior that causes an individual to be vulnerable to coercion, exploitation, or duress” and Guideline E, which cites “personal conduct or concealment of information about one’s conduct, that creates a vulnerability to exploitation, manipulation, or duress.”  It also includes Guideline B relating to Foreign Influence if the affair involves a foreign national.

Additionally, certain organizations have the ability to initiate Disciplinary Actions for Misconduct upon discovering an employee or officer has engaged in consensual adulterous behavior. Whether that action could result in a citation, suspension, or outright termination seems to vary.  The case of Miller v. Dep’t of the Army (2005), for example, looked at a married army specialist who initially told the police she was raped by a co-worker.  That claim was later investigated and determined to be unfounded.  As a result, she was suspended for 60 days, because her conduct was “unbecoming” by being “unattractive, unsuitable, or detracting from the employee’s character.”

Employees can also be removed for improper conduct if their extramarital affair interferes with their agency’s mission.  It may not matter whether the affair occurred only when the employee was off-duty or whether it was committed with a co-worker.  That was the issue in Brown v. Dep’t. of the Navy (2000), where a manager at the Morale, Welfare, and Recreation Department had an affair with a Marine’s wife.  The U.S. Court of Appeals found the employee’s conduct ran contrary to the Department’s mission and eroded trust and confidence in the Department’s ability to perform its duties.

Finally, adultery may be tantamount to committing a crime, which could impact employment, clearances, and (in rare cases) your freedom.  According to the New York Times, about 23 states have criminalized adultery.  In some states it’s a misdemeanor; in some states it’s a felony.