New Dads Get Sad, Too: Post Partum Depression for Dads 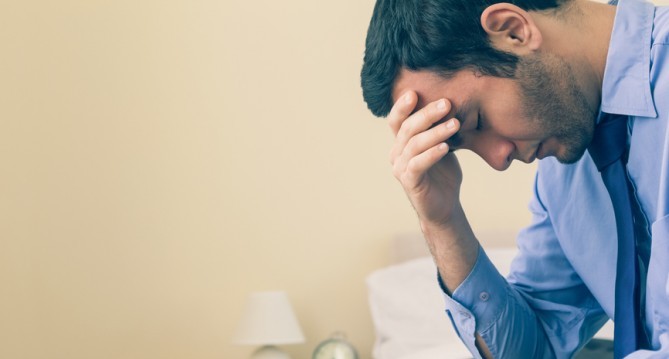 Psychologists at Eastern Virginia Medical School have recently found that new mothers are not alone in being susceptible to depression following child birth.  Psychologists concluded that fathers suffer from postpartum depression at nearly the same rate as mothers.  New Dads Get Sad, Too:  Post Partum Depression for Dads.  The study involved the review of 43 separate studies of some 28,000 fathers in the U.S. and other developed countries.  During the first year of fatherhood, the rates of depressed fathers were quite high:  25% of American men exhibited signs of postpartum depression during the first three to six months after child birth and 14% continued exhibiting signs after one year.

Sleep deprivation, a decline in sexual intimacy and the stress of juggling work and new home responsibilities likely contributed to these negative feelings, researchers tell The Los Angeles Times.  “We are expecting dads to be more involved in parenting than we ever have before,” said University of California at Berkeley researcher Will Courtenay, a psychotherapist who studies paternal depression.  “Most dads are welcoming that, but they don’t have any models about what a dad is supposed to do.  That creates uncertainty, and that uncertainty can lead to anxiety and depression.”

As the parenting role of fathers continues to evolve, many men are concerned about unfair stereotypes relating to child custody and visitation.  In the 1986 case of Viskides v. Derr, the Virginia Court of Appeals put to rest the “tender years presumption,” which held that a mother should be given preference in custody cases involving young children.  The law governing child custody and visitation now clearly provides that “[a]s between the parents, there shall be no presumption or inference of law in favor of either.”  Though reasonable minds may disagree about whether such presumptions persist, the court must consider the “best interests” of the child as determined by consideration of no less than ten separate factors.  Those factors include the age, physical and mental condition of the child and parents, the relationship existing between each parent and the child, the needs of the child, the role each parent has played in the upbringing of the child, the propensity of each parent to support the child’s contact with the other, the reasonable preference of the child and instances of family abuse.  Fathers (and mothers for that matter) would be well served by examining those factors and marshalling what information they may have relating to those factors as opposed to worrying about traditional parenting roles.  If you would like more information about these factors and how courts analyze them, feel free to give me a call.