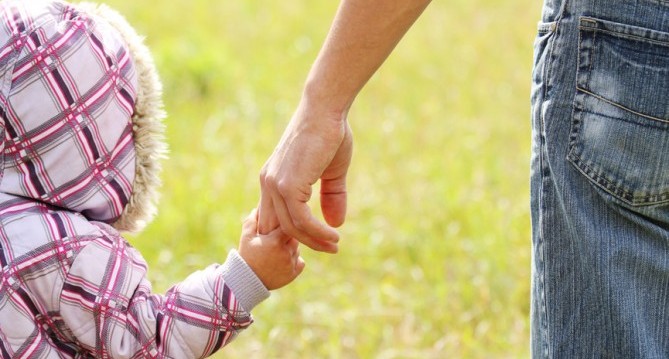 What are parents’ obligations to their children?

Every parent has the basic duty to provide his or her children with the necessities of life such as food, clothing and shelter.  The Commonwealth of Virginia does its part to ensure these necessities are provided by mandating that parents provide financial support for their children.  In Virginia, this mandate usually terminates when the child is emancipated (e.g. turns eighteen (18) and graduates high school or turns nineteen (19)), but it can extend beyond that point if the child is unable to support him or herself.

How is the amount of child support calculated?

Most, if not all, states have developed guidelines that help parties establish the appropriate amount of
child support.  Virginia, Maryland and the District of Columbia are no exception; each has its own child support guideline.  Though the guidelines may vary from state to state, all are based at least in part on the parents’ incomes and the expenses and/or needs of the children such as work-related childcare and health insurance costs.  Often, the guidelines are set out in a chart-type format that calculates the child support amount as a percentage of the paying parent’s income that increases with the number of children being supported and/or number of days that parent spends with the children.  Many of these guidelines are also available on-line.  The purpose of such guidelines is to aid the judge and parties in determining the appropriate level of support.  Judges may deviate from the guidelines when there is good reason to do so.  If, for example, one child has higher than average medical expenses, support for that child may be higher. Or, if the judge determines that a parent is voluntarily earning less than he or she could, the judge may impute income to that parent and calculate support using what the parent is capable of earning.

What factors are generally considered in child support proceedings?

Despite the variations from state to state, there are some general factors that are almost universally considered by judges issuing child support orders, including:

In Virginia, for example, the follow factors are considered in establishing support:

2. Arrangements regarding custody of the children, including the cost of visitation travel;

3. Imputed income to a party who is voluntarily unemployed or voluntarily under-employed; provided that income may not be imputed to the custodial parent when a child is not in school, child care services are not available and the cost of such child care services are not included in the computation and provided further, that any consideration of imputed income based on a change in a party’s employment shall be evaluated with consideration of the good faith and reasonableness of employment decisions made by the party;

4. Debts of either party arising during the marriage for the benefit of the child;

5. Direct payments ordered by the court for maintaining life insurance coverage pursuant to subsection D, education expenses, or other court-ordered direct payments for the benefit of the child;

7. Any special needs of a child resulting from any physical, emotional, or medical condition;

8. Independent financial resources of the child or children;

9. Standard of living for the child or children established during the marriage;

11. Provisions made with regard to the marital property under § 20-107.3, where said property earns income or has an income-earning potential

12. Tax consequences to the parties including claims for exemptions, child tax credit, and child care credit for dependent children;

13. A written agreement, stipulation, consent order, or decree between the parties which includes the amount of child support; and

14. Such other factors as are necessary to consider the equities for the parents and children.

Once a court issues a child support order, can the amount of support be changed?

Child support may be modified under certain circumstances, but only through a single method:  a formal amendment to the previous support order.  The simplest method is for parents to agree to a change and incorporate that change into a court order.  When there is no voluntary agreement, however, the party seeking the change must request a court hearing, where each party may present reasons supporting/opposing the modification.  In Virginia, for example, a party seeking to modify child support must demonstrate that a “material change in circumstances” has occurred and that a modification of support would be in the child’s best interest.  Common material changes in circumstances might include significant increases or decreases in a parent’s income, the cost of work-related childcare or medical insurance, the children’s needs, or number of days a parent spends with the children.