Is Politics a Predictor of Divorce in Virginia? 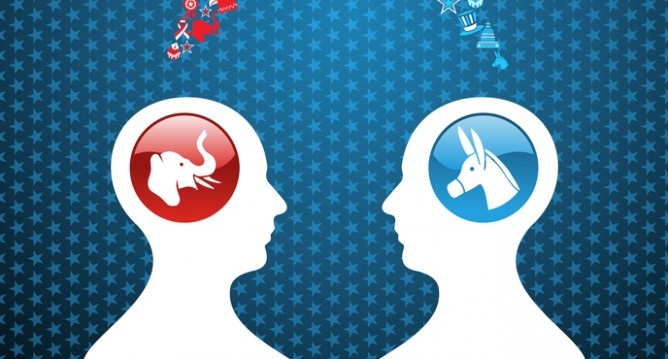 Jonathan Rauch of the National Journal recently professed, “[i]f you want to find lots of two-parent families with stable marriages, your best bet is to bypass Sarah Palin country and go to Nancy Pelosi territory.” His rationale is interesting, political bias aside.

By his count, the lowest divorce and teenage pregnancy rates appear in the more secular, liberal “blue” states, while the highest “social dysfunction” rates appear in the churchgoing, conservative “red” states. He piggybacks on a new book written by family law professors Naomi Cahn (George Washington School of Law) and June Carbone (University of Missouri-Kansas City School of Law), titled “Red Families vs. Blue Families.” Rauch sums up their findings as follows: by stressing a traditional view of sex, red states pressure young people to remain abstinent until marriage. In today’s culture, however, many of those young people fail and become unwed mothers or fathers. To avoid that fate, many get married and start families in their early 20’s, which makes it difficult for them to get college and graduate degrees. Statistically, people without college educations are more likely to get divorced, to hold lower paying jobs, and to succumb to various social ills. Thus, he concludes, in our Information Age, where education is critical to success, “moral traditionalism” backfires. Blue state values (i.e. don’t get married until you’re equipped for responsibility) breed more stable, lasting families.

Though interesting to read and perhaps statistically accurate, it seems somewhat misguided for readers to draw hard and fast conclusions from Rauch’s conjecture. Divorce trends may be present in couples of certain socioeconomic backgrounds, but one cannot be certain that those backgrounds have a causal relationship with divorce. It may prove statistically accurate that divorce is more common in areas with warmer climates, but no one would suggest sunny days cause divorce. In my experience, divorce is extraordinarily intimate and personal, and attempting to trace its roots to a single event strikes me as shortsighted. There will always be multiple causation problems with divorce. When thinking about the reasons for divorce, it is also easy to fall into the logical fallacy of post hoc ergo prompter hoc, that is “after a thing, therefore because of that thing.” Though I appreciate the need to identify a root cause for divorce, I wonder whether that endeavor is anything more than a personal coping mechanism.  Is politics a predictor of divorce in Virginia?  Probably not.

If you would like to discuss the reasons you may be contemplating a divorce, feel free to drop me a line.

Tags:
Cause of Divorce