Money May Buy You Happiness in Virginia Divorce 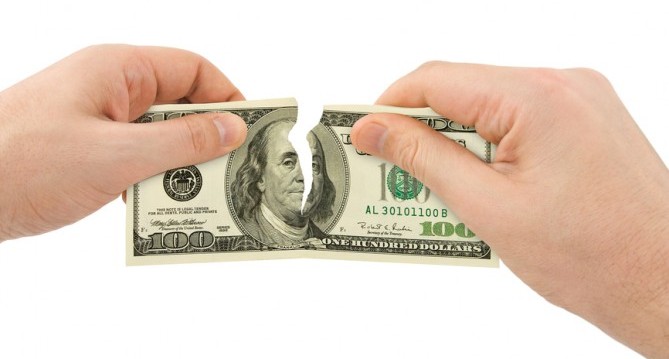 Does your happiness have a price tag? It depends on how you define “happy,” says USA Today. Princeton economists recently analyzed the results of a Gallup poll that surveyed 450,000 Americans about their “happiness.” They measured it in two ways: their emotional well-being, as reflected in how much laughter, joy and relaxation they experienced in their day-to-day lives; and their overall life satisfaction, as reflected in how they felt about their jobs, homes, families and statuses. Not surprisingly, the economists found that concerns about money interfered with contentment; both types of happiness rose with income.

Interestingly, they also found that emotional well-being peaked at an annual income of about $75,000 – the point at which most people felt they had enough money to purchase their basic needs. As income levels rose beyond that point, people reported a higher level of over-all life satisfaction, but also a higher level of general concern. For example, going from a job that pays $75,000 to, say, $200,000 created what researchers termed “negative effects” – more responsibility, more pressure to perform and more stress. Thus, in a larger sense, the study found that money does not just buy happiness; money buys more worry, anxiety, and aggravation.

Money may buy you happiness in Virginia divorce.  Money concerns permeate every divorce in Northern Virginia and families at all income levels shutter at the thought of budgeting their family’s monthly income for not one household, but for two. An award of spousal support can help ease that transition, but it is unrealistic to believe such an award will allow you to carry on financially as if nothing has changed. In Virginia, spouses entitled to support have the right to be maintained in the manner to which they were accustomed during the marriage, but their needs must be balanced against the other spouse’s financial ability to pay. The balance between “life style” and “financial ability” is difficult to strike. This is particularly true for many Northern Virginia families who earn six-figure incomes, but enjoy six-figure-plus lifestyles. Because Virginia’s spousal support statute requires a court to consider no less than 12 separate factors, spousal support awards are often widely divergent. This makes spousal support particularly well-suited for negotiation and, when necessary, zealous advocacy. If you have questions about spousal support, please feel free to drop me a line.

Do I Need to Return the Engagement Ring?
How Long Am I Going to Pay Alimony in Virginia?
Virginia Property Settlement Agreements
Pensions, 401(K)s and IRAs in Divorce
Virginia Family Law for Non-Family Law Lawyers
Adultery and Divorce - What Does It Get You?
Discovering & Dealing with Adultery in VA, MD, and DC
Increasing Your Spouse's Income For Support Purposes
Marital Waste in Virginia Divorce
Differences in Divorce Law in Virginia, Maryland and D.C.