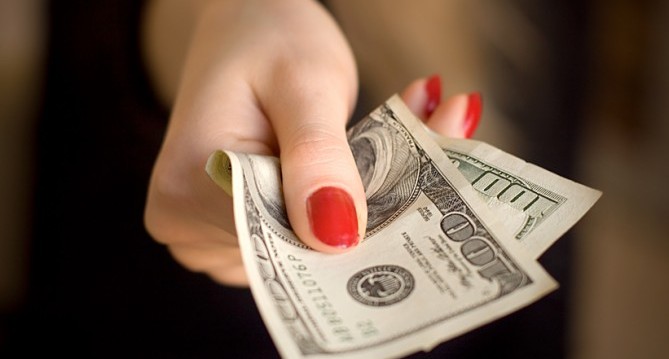 “We’ve come a long way, baby,” said Tara Parker Pope in The New York Times. Nearly half a century since feminist pioneer Betty Frieden urged women to leave the home and pursue careers, full equality, it would seem, is finally within reach. A new analysis of census data by the Pew Research Center shows that women are now the main breadwinners in 22% of U.S. households, up from 7% in 1970, and that in nearly a third of marriages the wife is better educated than the husband. A separate study nearly mirrors those results. As reported on MSNMC.com, nearly 26% of wives now earn more than their husbands in households where both spouses work, up from 17.8% two decades ago. Among all married couples, 33.5% percent of the women make more than their husbands. Traditionalists have long predicted that the crumbling of old-fashioned gender roles would lead to the breakdown of the American family, but the opposite appears to be true. “The more economic independence and education a woman gains,” the Pew study found, “the more likely she is to stay married.”

Feminists can crow all they want, said Maggie Gallagher in the New York Post, but the real story here is “not that women are doing well, but that boys are doing badly.” The driving force behind the so-called “rise of the wives” is that this nation’s feminist-dominated education system is biased against boys and their different learning styles, leaving young men more prone to drop out of high school and forgo college, and thus less prepared to the job market. In the current recession, fully three-quarters of the jobs lost were lost by men, and today, only 40 percent of college graduates are male. These are truly alarming statistics, but in our politically correct culture, “every sign that boys or men are hurting gets turned around into a ‘happy news’ story of female success.”

“Are you kidding,” said Paula Dvorak in The Washington Post. “Things are sweeter than ever” for the average U.S. husband.  Men can receive spousal support in Virginia divorce.  Married American men are working less, living longer, and discovering that there are worse things in the world than having an ambitious spouse with a high-paying job. And they still do less around the house than women. For women like me, though, said Sandra Tsing Log in the New York Times, our new, post-feminist reality is a mixed blessing. Yes, I make more than the man I share my life with, and yes we share the housework after our long, exhausting workdays. But, no one meets us at the door with our slippers and a tray of martinis, ready to offer us “uncritical emotional support” while we both complaint about our day. What both I and my partner need is a wife – a role that’s “fast disappearing.” We’re all breadwinners now.

This article reminded me of an encounter I recently had during a trip to Florida. While perusing a flea market with my family, I happened upon a table of spirited, though elderly, rebel rousers distributing pamphlets and proclaiming alimony as akin to involuntary servitude. As a divorce attorney, I found these alimony protesters particularly interesting. I appreciated their half-baked constitutional arguments and enjoyed the fervor with which they vented about having to work into their old ages to support their former wives. What I probably enjoyed most, though, was the gentleman who informed me that women pay alimony too – “some women even earn more than men.” It was his pause for my reaction that I liked. The stare. The, “you heard me right son, they make more than us now.”

If you have questions about spousal support in Virginia, please feel free to drop me a line.

How Much Will My Virginia Divorce Cost?
Do I Need to Return the Engagement Ring?
How Long Am I Going to Pay Alimony in Virginia?
Virginia Property Settlement Agreements
Virginia Family Law for Non-Family Law Lawyers
Adultery and Divorce - What Does It Get You?
Discovering & Dealing with Adultery in VA, MD, and DC
Increasing Your Spouse's Income For Support Purposes
Differences in Divorce Law in Virginia, Maryland and D.C.
Children Testifying in Virginia Divorce Proceedings