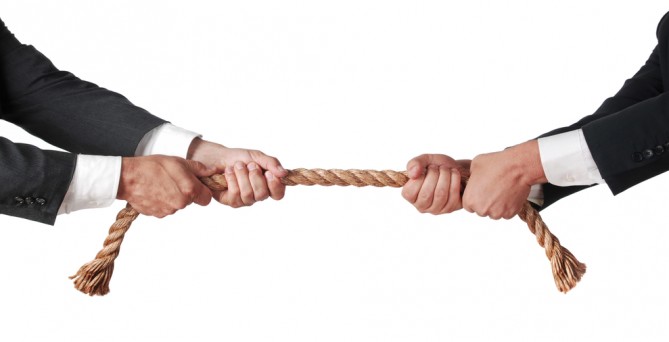 It was big news when the national unemployment rate topped 10 percent, wrote David Paul Kuhn of The Wall Street Journal. What you may not realize, however, is that “male workers crossed this same threshold six months earlier,” with far less fanfare; the unemployment rate for men now stands at 11.4 percent. Never before has a modern-day U.S. recession “fallen more disproportionately on one gender.” This imbalance “is fundamentally a product of our times,” because some of the hardest hit corners of the economy, such as manufacturing and construction are “overwhelmingly male sectors.”

Nevertheless, the plight of jobless males has drawn only “limited attention” from Washington. In fact, stimulus dollars “were disproportionately away” from major new infrastructure spending, “in part, because women’s groups such as the National Organization for Women lobbied hard against the president’s proposed ‘shovel ready’ stimulus program.” As a result, nearly half of the jobs created by the stimulus spending went to women, which is “about twice women’s estimated job losses.” Men don’t need to start seeing themselves as victims, but they might soon consider demanding that a new jobs bill be structured “to address the wave of male unemployment.”

Paul Krugman of The New York Times adds an equally sunny statistic: “six times as many Americans are seeking work as there are job openings,” and the average time spent looking for work – more than six months – is the longest since the 1930’s.

This article raises interesting issues of spousal support and income imputation in Virginia divorce.  What happens when one spouse loses his or her job during the divorce?  What is income imputation? Imputation is the notion that a court may calculate support using the income amount you should be earning as opposed to the income you are actually earning. Support is driven, in part, by income; each party is obligated to earn as much as he or she can. A party cannot voluntarily reduce his or her income, but what does a court do with a party who has lost his or her job? The Antonelli case discusses this issue:

Any career change, any investment, is by nature a voluntary act. We do not perceive the law defining obligations of child support to be intended to frustrate ambition or enterprise. Therefore, we construe the term “voluntary act” to describe a willful act done for the purpose of frustrating the feasibility or enforceability of the support obligation. Thus, an applicant who shows a reduced ability to satisfy his obligation, which is not due to his wrongdoing, his neglect of his affairs, or his intentional diminution of his financial capacity other than in connection with a bona fide and reasonable business undertaking, is entitled to have that reduction considered along with the other usual factors, including his general earning capability, in determining his child support obligation.

Thus, when a party has recently lost his/her employment, the court will often look for wrongdoing or simple neglect. Where that party’s income has been reduced due to being fired for stealing, a court will likely impute to that party the income he or she would have earned prior to being fired. This concept creates a powerful disincentive for workplace tomfoolery. But, where a party has made a good faith change in employment with the hope of improving future income, a court will be far less likely to impute income. As an interesting corollary to this idea, high-earners should tread carefully when considering taking lower paying employment during divorce.

If you would like more information on these topics or tips on what to do if you have lost your job while contemplating divorce, feel free to drop me a line.

How Much Will My Virginia Divorce Cost?
Do I Need to Return the Engagement Ring?
How Long Am I Going to Pay Alimony in Virginia?
Virginia Property Settlement Agreements
Virginia Family Law for Non-Family Law Lawyers
Adultery and Divorce - What Does It Get You?
Discovering & Dealing with Adultery in VA, MD, and DC
Increasing Your Spouse's Income For Support Purposes
Differences in Divorce Law in Virginia, Maryland and D.C.
Children Testifying in Virginia Divorce Proceedings